Copywriting | The Jaguar – an icon for all time 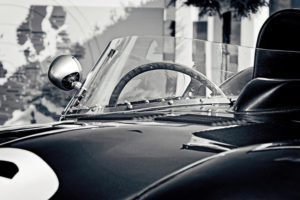 The Brief | Write a piece of promotional copy of up to 200 words and sourced from the web and either Twitter or Facebook.

Headline | The Jaguar – an icon for all time
Beautiful, sleek, powerful and adored. Four words which perfectly sum up the Jaguar, the beautiful and endangered big cat – words that can also be associated with its iconic namesake, the Jaguar car.
So adored is the Jaguar that the car has more Facebook followers than another modern-day legend, Elton John. And it’s easy to see why.
Whether it’s the iconic E-type, XJS or F-type, the Jaguar car is well known for its smooth lines, voluptuous curves and understated style which has been synonymous with this lean machine since it was first launched back in the 1930’s. Not surprising then that it frequently tops the polls of the world’s most beautiful cars.
Now that you’ve taken in its exterior beauty, slide into the driver’s seat and you’ll instantly feel cocooned and surrounded in sumptuous elegance, luxury and comfort.
But don’t be fooled, under the bonnet there’s a beast of an engine which can reach speeds in excess of 150 mph without breaking a sweat. The Jaguar is a classic car that today and into the future is a showcase of British quality and reliability married to world-class design and engineering talent.